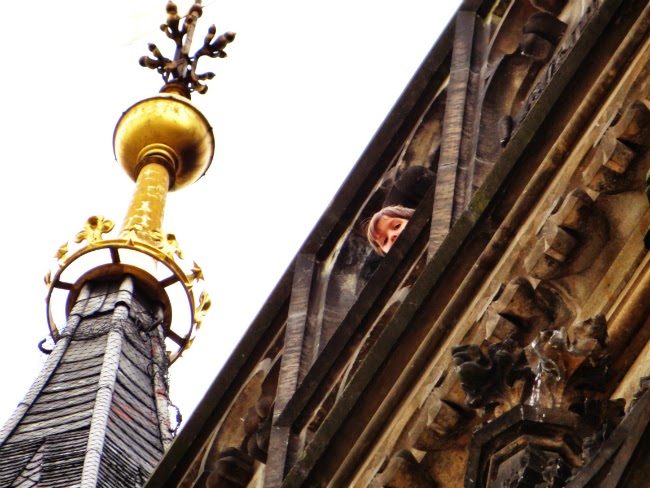 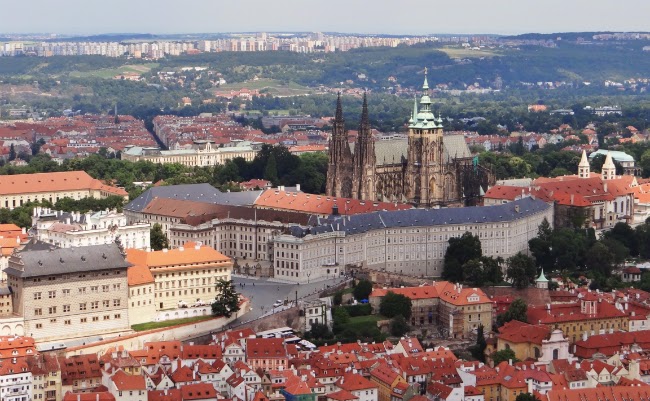 The Czech story of Bruncvik is a journey tale, not far off the Odyssey model. Bruncvik sets off into the world looking for adventure, and finds it shortly. As soon as he comes to the sea, he and his men are swept away in a tumultuous storm, thrown ashore a dangerous island where Bruncvik is held captive, and after a daring escape, he befriends a lion who is his companion through more battles and the rest of his days. A statue of Bruncvik stands on the Charles Bridge, with sword raised aloft, fending off foes and water.


Prague is a beautiful city. It’s exactly what you imagine when you think of “Old Europe." The architecture is varied and complex–there are buildings that are 1000 years old, there are communist-era buildings, and there is everything in between.

Our family crossed the Channel to venture into continental Europe for a week in the Czech Republic, with a day’s journey into a small German town (and castle ruins). Because we had Czech friends to show us around, we got the insider tour.

Prague has many child-friendly places–parks and lots of restaurants with play areas so mom and dad can sit and have a beer after walking and pushing a stroller around all day, and the kids can run wild in the kid spot (and I do mean beer–it is, in fact, cheaper than water in Czech). 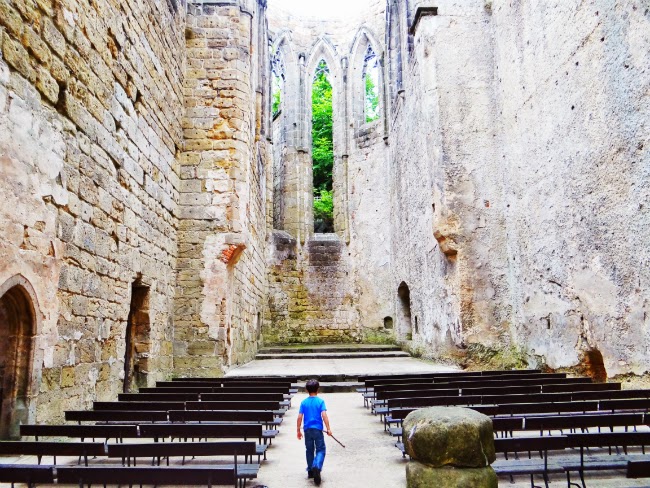 While the adults enjoyed their refreshments, for the little Ps, I think transportation was the most exciting part of the journey: strolling the city, hopping on and off the trams and metro, riding a cable car and a steam train. We were a regular kid’s picture book of “go-go." It wasn’t easy, though. Picture four adults hauling five kids and strollers and bags–sometimes there were appendages stuck in doors as trams were pulling away. 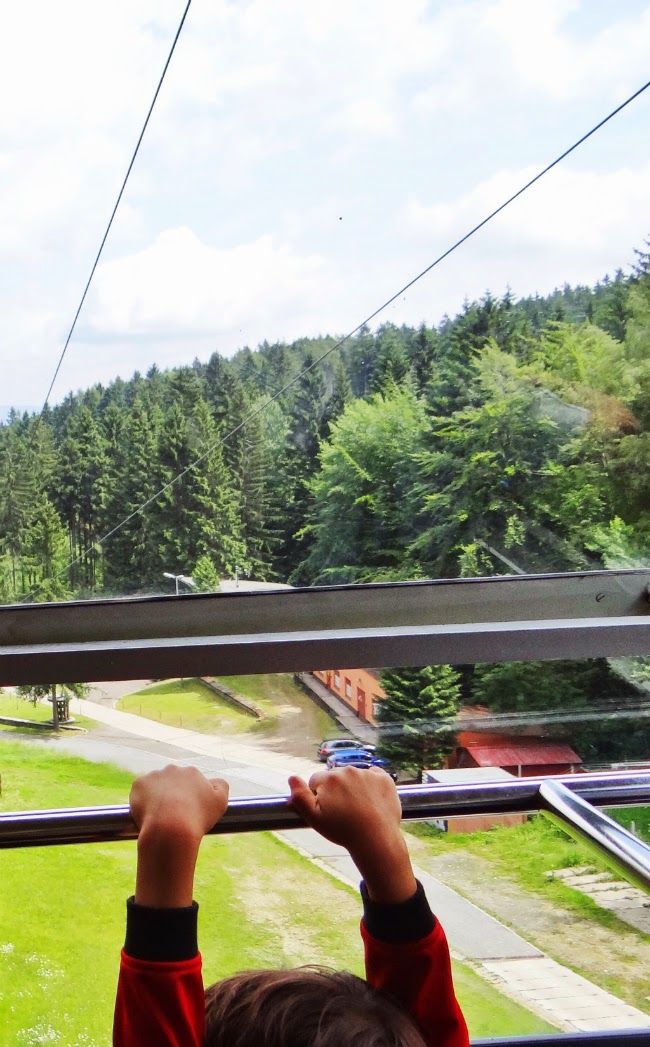 I'm glad we got to sample the Czech beer because there is a growing threat from climate change to Czech hops (which will send my husband into a panic). The hops growing season is changing with rising temperatures, which is changing the nature of the hops’ taste (bitterness, acidity, all of those things that beer people care about). Eventually, the practice of growing hops in the region will no longer be profitable, as production and quality decline. I can’t imagine water will get cheaper, either, so we may all have to switch to wine?

The week before we visited Prague, the Czech Republic was inundated and much of Prague was flooded. Scientists speculate that these floods will occur with more frequency because of climate change. We were lucky in that we missed the worst of it, and our adventure was not affected by the damage. But as tourists, we have that luxury.

So, what does the future hold for Czech?

Well, Bruncvik eventually returns home, reunites with his wife, and lives happily ever after. His legacy is the lion on the Czech state symbol, and his sword, hidden (supposedly) inside the stones of the Charles Bridge. One day, when the Czech lands are at their lowest point, at the very edge of ruin, St Wenceslas (the patron saint of Czech) will rise from the dead, take Bruncvik’s sword, and save the day (and the nation). My hope is that the sword is not washed away with the bridge in one of the ever-more-frequent floods.

Email ThisBlogThis!Share to TwitterShare to FacebookShare to Pinterest
Labels: Go 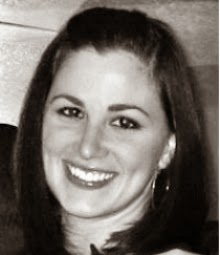 Join my three little Ps and me as we jump off the pages of the story book. Join our not-quite fairy tale about our adventures abroad (with a green twist). I also blog at The Huffington Post.